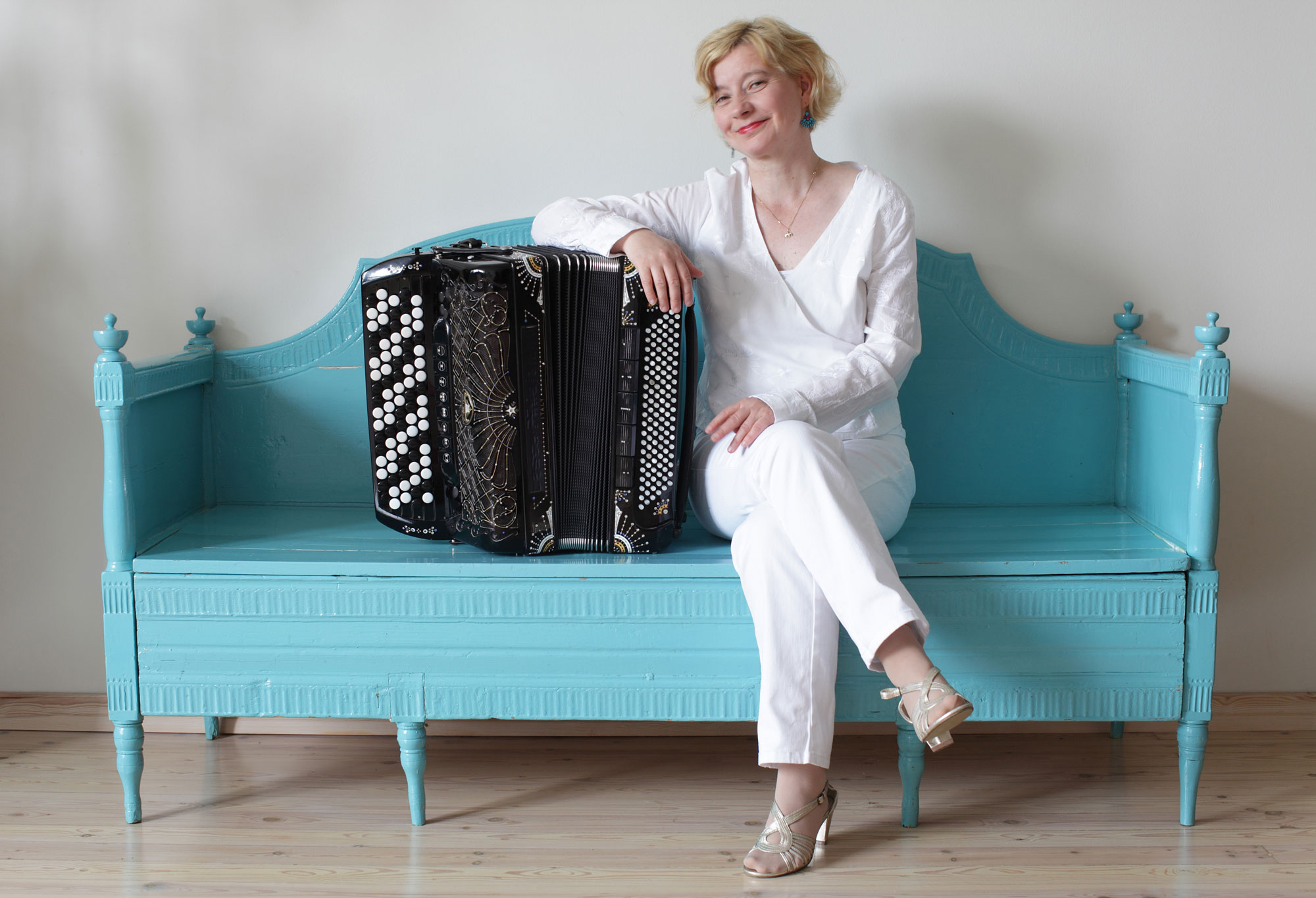 Maria Kalaniemi, a master of free-bass button accordion, is one of Finland’s leading contemporary accordionists. Once a member of pioneering groups Niekku and Aldargaz, from the Sibelius Academy Folk Music Department, where she now teaches, her roots are in folk and classical music but her sights and abilities go far beyond existing styles. Technically brilliant as a player, and adept at improvisation, she is also a very powerful, intuitive and sensitive composer.